“I think we are perfect for each other because you don’t like kids and I don’t need anymore kids,” he told me. “I can’t believe we matched. It’s like hitting the jackpot.”

At least we didn’t get married until he said, I’m not over my ex (over text). I think online dating sometimes brings out the evil inside us.

Ghosting is understandable, but mosting is cowardly.

As a software engineer I began to wonder, how can a dating app craft a good user experience for people with both good and bad intentions alike? It’s a dilemma because on the one hand a dating app wants as many active users as possible, but on the other hand, it’s a social responsibility to protect its users from accounts that are abusive, bullying, misogynous or fake.

My first encounter with sexual assault happened this Tuesday during my morning commute on the F train. I will spare you the details other than it was deliberate, since I tried to move away but he followed. It has been a while since the #MeToo campaign on social media and I have read many accounts of women who experienced sexual assault and harassment. I learned that many women in NYC had experienced sexual harassment on the subway, but few would actually come forward. So when I saw the man getting off the train, I decided to follow him and took pictures.

The man quickly realized I was following him, so he circled the block in an attempt to lose me, but I followed closely since he already found out. Eventually he stopped so I had the chance to confront him. And he said nonchalantly, “come on, I fell asleep.” Those were his exact words, and he actually said “I fell asleep” many times, and sounded like I was the one who was causing trouble.

At the time I had some decent pictures to identify him, so I left for work since I didn’t think I would make any progress continue following him or questioning him.

Right after I got to work, I tweeted the pictures to NYC Subway twitter account, and also from their old tweets, found a link to report sexual misconduct on the subway to NYPD, so I did. By noon I received a follow up direct message on twitter and an email reply from NYPD, that a detective will be in touch with me soon.

In the evening, I received a call from a detective, described to him what had happened and we scheduled to meet the next day.

The following day, in the morning I met with two detectives. They accompanied me on the train, and I walked them through what happened, how I followed the perpetrator and also pointed out the food truck where he had stopped to get breakfast.

On Friday, three days after the assault, the detective from NYPD notified me that they had the man under arrest and asked me for a written statement. Just this Monday, a bomb attack happened at Port Authority, and there have been police officers everywhere. I could image this must made it harder for any criminals to hide.

I chatted with several friends about what happened to me and they have been nothing but supportive. I could picture the man doing the same thing to other women, at any other time, or all the time in the past. I have always been an outspoken feminist, and I would feel personally responsible if I hadn’t done anything in this situation. During the entire time since it happened, more than feeling violated, I have felt anxiety, guilt and humiliation, but I never felt powerless. 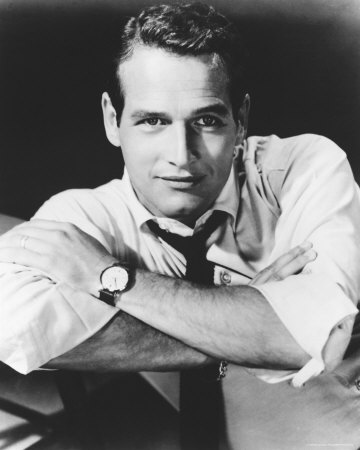 It was very sad to hear that the legendary Paul Newman passed away, he was one of the rare gaints of the big screen and a truly philannthropist.