The other day I received a text message from Louis.

What was he trying to say? 「赤ちゃん」means infant or baby, 「女の赤ちゃん」could mean “my daughter’s infant” or “my girl’s baby”…I was confused, how many girls are there?

And then I thought, he must have used Google Translate, and the only way to know what he meant is to translate it back to English (or maybe Spanish). So I did, copied the sentence back and hit [Translate].

It said “You are my baby girl.” 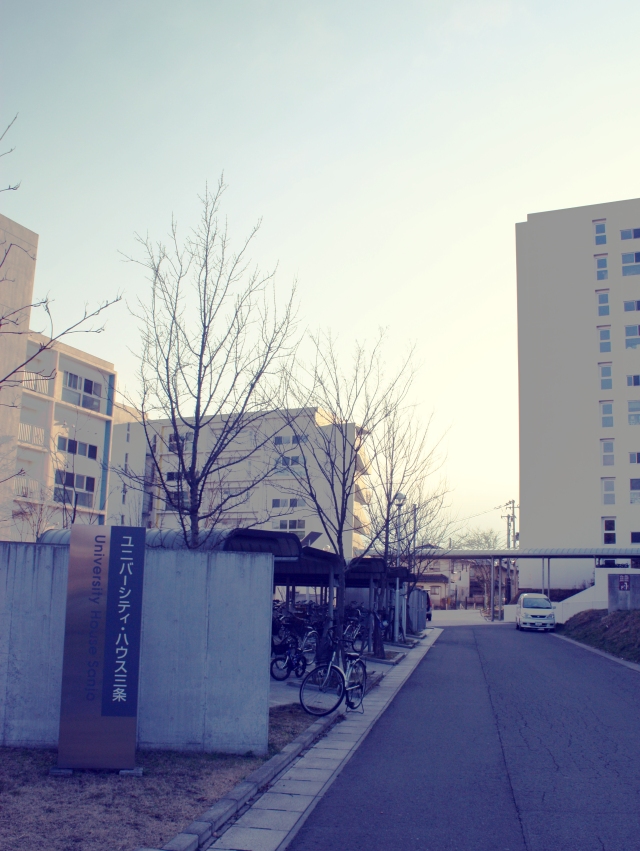 The tsunami is devastating. After the 8.8 magnitude earthquake struck Japan, triggered “the most most powerful and disastrous tsunamis in 100 years” as described by CNN. Tsunamis swallowed the airport,  streets, and knocked down houses in Sendai, those horror-than-horror-movies footages can be viewed here: http://www3.nhk.or.jp/news/jishin0311/. Some are footages inside the office of NHK Sendai branch, others are street scenes. Sendai is the hometown of my Japanese teacher, and the destination of my study abroad in Japan next year… dear 2011, stop trying to be 2012 please. END_OF_DOCUMENT_TOKEN_TO_BE_REPLACED

END_OF_DOCUMENT_TOKEN_TO_BE_REPLACED

I felt sad about my love for him, for he hasn’t loved me in the way he should have loved, the love with care and intangible friction, as my love for him. I failed at the beginning of this affair, it seemed like I was destined to be, enchanted by him, like him casting of a spell of black magic on me.

On the first sight, I noticed that I desired him.

He’d tell me how he was suffocated by losing his dearest girl. They were 19 going on 20 then, college freshmen, still kids themselves, but they were so much in love. They had those youthful years and furious seasons that filled with riotous love and dream. That wonderful life they had led for almost 3 years. He said that they had done all the things that a couple would do – so many evidences of love that finally tore them apart.

‘Dreams, are things that you wake up from.’ He said, as he buried his face deeply against my back.

I’d close my eyes and once more think of his skin: smooth, pure with the scent of tobacco.

The wild love I felt for him remained an unfathomable mystery to me. I don’t know why I loved him so much as to forget anything that could part us except death. I was 19, and death was hardly ever thought about at one’s age of 19. The love seemed forever and immortal.

The past summer, time was not enough, it never does.

For once we’d decided not to see each other anymore. It wasn’t possible, and indeed. It was turned out to be impossible.

We abandoned that idea.

Once the date of my departure was fixed, distance thought it still was, we could do nothing to each other anymore. He later, also realized that he could not do anything to the girl that was about to go away. It happened to him suddenly, with the realizing of the due date of their frolicking. Afterwards, for a long time, the exhaust feeling of the departure was like a smell, misted between them everywhere they went.

During the trip to Shanghai, I began reading the novel Crying out love, at the center of the world, and weeping at times page after page. In the book, after his girl died, the guy has kept her ashes in a bottle and took it along with him for years. I’ve already missed out on love like that, I thought to myself.

I remember the moment we had conversations about freedom and marriage. He gazed at my tattoo for a while, and his arms holding me had a tendency to tighten around me. He was something desirable and rare that I had fought for and made my own–but never again an intangible whisper in the dusk, or on the breeze of night.

Well, let it pass, I thought to myself; the summer of 2010 is over, my summer break is over. There are all kinds of love in the world, but never the same love twice.

We’re neither of us the same. We’re moving on, the story continues, but we’re no longer the main characters.

I have learned about the “Gion Matsuri 祇園祭“, an annual event in Kyoto that spans the entire July from my Japanese language class.

This festival originated as part of a purification ritual (goryo-e) to appease the gods thought to cause fire, floods and earthquakes. In 869, the people were suffering from plague and pestilence which was attributed to the rampaging deity Gozu Tennō (牛頭天王). Emperor Seiwa ordered that the people pray to the god of the Yasaka Shrine, Susanoo-no-mikoto. Sixty-six stylized and decorated halberds, one for each province in old Japan, were prepared and erected at Shinsen-en, a garden, along with the portable shrines (mikoshi) from Yasaka Shrine.

This practice was repeated wherever an outbreak occurred. In 970, it was decreed an annual event and has since seldom been broken. Over time the increasingly powerful and influential merchant class made the festival more elaborate and, by the Edo Period (1603-1868), used the parade to brandish their wealth.

In 1533, the Ashikaga shogunate halted all religious events, but the people protested, stating that they could do without the rituals, but not the procession. This marks the progression into the festival’s current form. Smaller floats that were lost or damaged over the centuries have been restored, and the weavers of the Nishijin area offer new tapestries to replace destroyed ones. When not in use, the floats and regalia are kept in special storehouses throughout the central merchant district of Kyoto in the care of the local people.